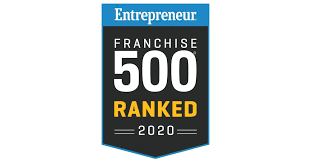 Kinderdance® International was recently ranked in Entrepreneur magazine’s Franchise 500®, the world’s first, best and most comprehensive franchise ranking. Recognized by entrepreneurs and franchisors as a top competitive tool of measurement, the Franchise 500® places Kinderdance® International for its exceptional performance in areas including financial strength and stability, growth rate, and brand power. Placement in the Franchise 500® is a highly sought-after honor in the Franchise industry, as evidenced by the fact that Entrepreneur received more than 1,000 applications this year, making it one of the company’s most competitive rankings ever.

What makes Kinderdance unique is that all our programs incorporate educational concepts in a developmentally designed curriculum.” The strong brand Kinderdance has built over the last 40 years has helped us become the top ranked children’s STEAM enrichment franchise in the world. This has resulted in a surge in interest from prospective franchisees, said Karen Maltese, Kinderdance’s VP of Franchise Development. “

“As we celebrate 41 years of producing the Franchise 500, it’s a good opportunity to step back and look at how much has changed since that first ranking in 1980,” says Jason Feifer, editor in chief of Entrepreneur. “While the franchise business model has changed little, the strongest franchise brands are constantly evolving and innovating to keep up with changing trends and technology.”

Over its 41 years in existence, the Franchise 500® has become both a dominant competitive measure for franchisors and a primary research tool for potential franchisees. Kinderdance® International position on the ranking is a testament to its strength as a franchise opportunity.

To view Kinderdance® International in the full ranking, visit www.entrepreneur.com/franchise500. Results can also be seen in the January/February issue of Entrepreneur available now on newsstands.

For more information on Kinderdance®